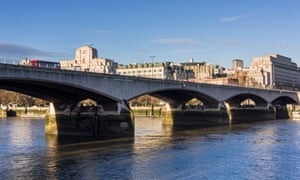 Burford Capital is replacing its chairman and finance chief in an effort to appease shareholders after a US hedge fund made allegations of poor governance and murky accounting practices.

Burford, which specialises in funding lawsuits in exchange for a cut of the settlements, has faced criticism over the fact that its chief financial officer, Elizabeth O’Connell, is married to the chief executive, Christopher Bogart.

Muddy Waters, a San Francisco-based hedge fund, said the pair’s relationship posed a conflict of interest and should alarm investors.

Burford said on Thursday: “Concern has been raised about the fact that Burford’s CEO and chief financial officer are married. We believe that concern is unjustified given Burford’s control structure and ignores Burford’s finance and accounting structure. Nevertheless it is clear that investors would prefer an alternative CFO.”

O’Connell, appointed in 2017, has been replaced by Jim Kilman, a former Morgan Stanley investment banker. O’Connell will now serve in the lower-tier role of chief strategy officer.

But Burford’s efforts failed to pacify Carson Block, the founder of Muddy Waters, who said the new finance chief was still too cosy with Burford’s leadership given the firm had been his client at Morgan Stanley.

“The notion that appointing Mr Kilman as CFO will substantively improve governance is a farce … Burford investors would be much better served by a CFO from the outside who is untainted by Burford’s conduct to date,” Block said.

Muddy Waters’ public attack on Burford last week wiped £1bn off the company’s value. The fund disclosed that it held a short position on Burford shares and was betting that the price would fall.

The drop was bad news for the fund manager Neil Woodford, who holds a 7% stake in the business. Burford is listed on Aim, the London Stock Exchange’s junior market.

Shares in Burford rose 13% on news of the top-level changes, to 880.5p. They had been trading at £13.95 before Muddy Waters launched its attack.

Burford has said efforts by Muddy Waters to depress its share price could amount to market manipulation. The City watchdog has begun “wide-ranging inquiries” over the cause of the share price drop.

Burford said on Thursday it was also searching for two new independent directors, one of whom would replace Sir Peter Middleton as chairman. Middleton has been in the job for 10 years, surpassing the nine-year limit suggested by the UK corporate governance code.

Burford also revealed plans to become the first publicly traded litigation finance firm in the US. It said it hoped to float on the Nasdaq or New York Stock Exchange by March 2020. Muddy Waters claimed Burford had dodged broader disclosure requirements by staying listed on London’s alternative investment market.

Middleton said: “We trust that these governance enhancements operate to bolster investor confidence in Burford as it enters its next era of growth and success.”

2019-08-16
Previous Post: Six Tips For Marketing To The Super-Rich
Next Post: RPA In The Real World: Driving Marketing, Analytics, Productivity And Security