By: Jacob
In: Economics
Tagged: Bill, comes, Economics, ethics, It, Not, Occupied, should, Territories, To, Trump, When 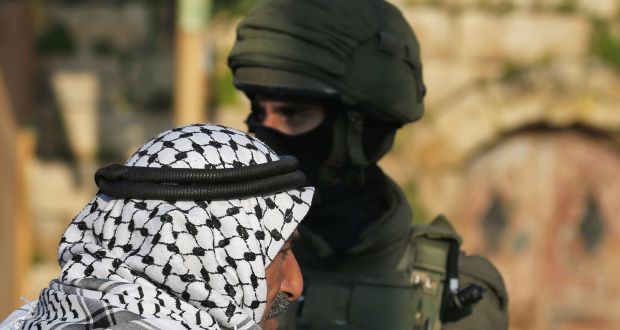 In the case of Israel, by trading with illegally occupied territories we not only make them economically viable, we bestow upon them a moral and legal status. To condemn on the one hand while enabling on the other is hypocritical. Photograph: Jaafar Ashtiyeh/Getty Images

Earlier this month Taoiseach Leo Varadkar sent a letter to a number of members of the US Congress, reassuring them of the Irish Government’s opposition to the Occupied Territories Bill. They had expressed concern over this proposed legislation, and in rather stark terms reminded the Taoiseach that 67 per cent of foreign direct investment into Ireland is from the United States.

Varadkar was clear in his assurances: “The Government has consistently and strongly opposed the Bill on both political and legal grounds and will continue to do so . . . Can I take the opportunity to reiterate my deep appreciation for the strong bonds of friendship between Ireland and the US, including our growing and mutually economic ties.”

Both the Seanad and the Dáil have passed the Control of Economic Activity (Occupied Territories) Bill 2018. Despite this, the Government has yet to enact the legislation, wanting instead to put the Bill through a type of economic “stress test” (detailed scrutiny) before proceeding.

It is an attempt on the part of Irish parliamentarians to respond positively to the plight of the Palestinian people, and to raise global awareness of the ongoing injustices

The Taoiseach’s letter raises important questions. One must ask to what extent ethical values are being subordinated to economics. Should economics always trump ethics? Are there greater values at stake here? And are there values that the global community ought to protect, even at some economic cost?

We have seen the folly of putting our trust in the economy alone, expecting it to somehow remedy all our social ills. In the absence of a broader moral compass could we find ourselves adrift, justifying almost anything in the name of economic progress?

What are the moral parameters of this issue?

The day before the Dáil vote in January two Catholic bishops, Dr Noel Treanor and Dr Alan McGuckian SJ, published a letter in The Irish Times calling on TDs to support the Bill.

Interestingly, several former Israeli ambassadors also wrote to The Irish Times outlining their concerns: “We are convinced that Israel’s ongoing occupation of the Palestinian territories is morally and strategically unsustainable, is detrimental to peace, and poses a threat to the security of Israel itself. It has been enabled by the leniency of the international community, whose rhetoric regarding the dire situation in Palestine has not been matched by appropriate diplomatic action.”

It is this “leniency” towards the illegal occupation of territories that the Bill seeks to address, albeit in a modest, tentative way. And debates over the Occupied Territories Bill have helped raise greater awareness about global responsibility and the moral inconsistency in much of the international decision-making.

By way of illustration, one might think back to the apartheid regime in South Africa. It took time, but eventually the international community recognised the need to ally condemnation with meaningful action. It caused short-term pain for South Africa to be sure, but without these measures the international community would have facilitated the continuation of a regime that was intrinsically corrupt.

In the case of Israel, by trading with illegally occupied territories we not only make them economically viable, we bestow upon them a moral and legal status. To condemn on the one hand while enabling on the other is hypocritical.

The Israeli Government described the Bill as one of the most anti-Semitic pieces of legislation in the world. Yet Israel is nowhere mentioned in the Bill.

In fact, this Bill would be applicable to any territories illegally occupied by foreign states. In addition, it does not call for a boycott of Israel, nor does it deny the existence of the state of Israel. Rather, it seeks to differentiate between Israel and the Occupied Territories, borders that are already defined under international law.

If enacted, this Bill will certainly not change the world. It is modest in its ambition. It is an attempt on the part of Irish parliamentarians to respond positively to the plight of the Palestinian people, and to raise global awareness of the ongoing injustices borne by millions in this region.

It is also an effort to do something practical – albeit politically and economically challenging – that would demonstrate solidarity with Palestine.

It in no way diminishes our responsibility to act for justice in other contexts or in other localities. But the intent of this Bill is an admirable one: to remedy the ethical inconsistency of vociferous condemnation devoid of meaningful action.

Pope Francis once said that “the dignity of the human person and the common good rank higher than the comfort of those who refuse to renounce their privileges. When these values are threatened, a prophetic voice must be raised”.

Prophets are rarely popular. But relegating our ethical values to economics did not serve us well in the past. Ireland now has the opportunity to be a counter-cultural voice on the global stage, to show solidarity with those who are without voice. We must hope that the opportunity is not squandered.