By: Jacob
In: Career
Tagged: "The, Career, For, Hollywood, Meet, Open, Paths, Sisters, Tech, To, Underserved, UP, Using 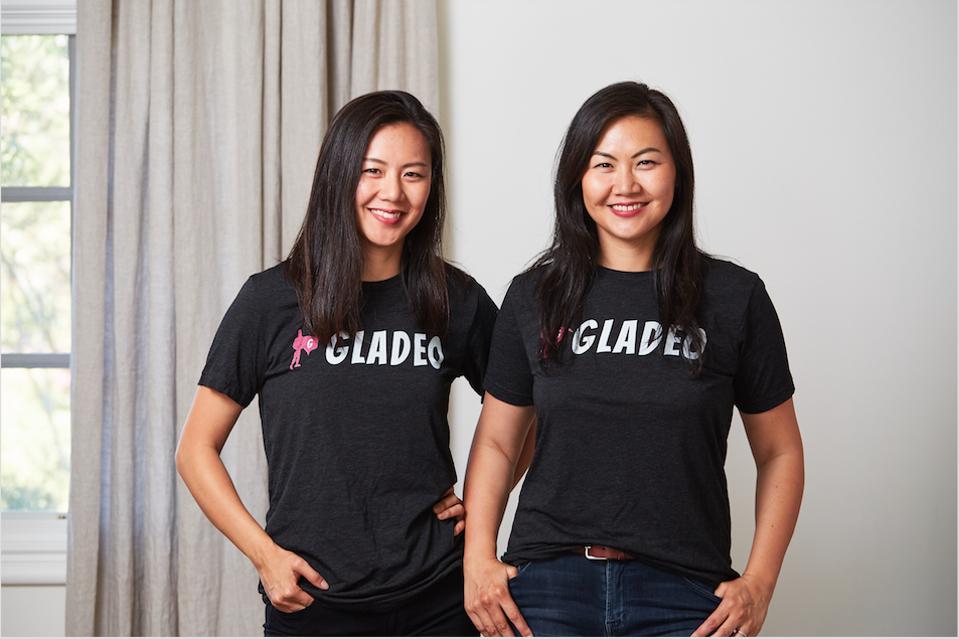 Following your dreams is a privilege often reserved for those who can afford it. Michelle and Grace Cho are on a mission to change that. Born to immigrant parents, these sisters forged an unlikely path to Hollywood, fulfilling their childhood dreams of making it in the entertainment industry. Today, they’re building tech nonprofit Gladeo, a digital media platform connecting underserved students with videos and digital content that make the process of discovering and pursuing a dream career a reality.

Shannon Farley: You’ve both had really interesting careers in entertainment, Michelle in film production and Grace in finance at a major movie studio. These are careers that people dream of having, and yet very few actually make it. As kids, did you dream of working in film?

Michelle Cho: We grew up in Houston, and when it was too hot to play outside, we’d devour movies. We loved them, but like most people, the movie careers we knew were the ones that we saw: actors and directors. In my 20s, I randomly met a woman working at a production company as an executive assistant. I was fascinated, so I spent the entire night asking her questions about her job. That conversation opened my eyes to a world of careers I had no idea even existed.

Grace Cho: Michelle was the trailblazer venturing into the crazy world of Hollywood, alone and with no connections. When I graduated from college, Michelle was working at Paramount Studios, which demystified the world of entertainment and made me believe I could pursue my dream too.

Shannon: What about your childhood inspired you to build Gladeo?

Grace: Early on, we learned that dreams have the power to lift you out of hopelessness. Our mom battled cancer for six years and passed away when we were 12 and 15. Between the hospitalizations and cycles of chemotherapy, our mom somehow found the strength to teach us the importance of passionately pursuing your dreams. She said that keeping our eyes on our dream would give us the courage to live and the strength to persevere, even in the darkest of circumstances. She was 100% right.

Shannon: How did that powerful lesson from your mother manifest itself later in life when you ran into challenges following your dreams?

Grace: Our individual dreams morphed into a collective dream; to go to Hollywood and tell stories that would inspire people. But breaking into Hollywood started off with doubt, confusion, and the feeling that we didn’t belong. We were children of immigrants with no industry role models, no connections, and no understanding of what jobs existed in the field or how to pursue them. As we faced those struggles head on, they led to us develop a strong, personal understanding of the barriers that stand in the way for underrepresented youth to pursue certain careers.

We were inspired to volunteer as mentors for underserved youth, offering free college and career planning workshops. We were shocked by the sheer lack of resources available to help students to prep for 21st century careers. So, we built a solution ourselves: Gladeo, a tech nonprofit. Gladeo introduces diverse young people  to relatable role models, broadens access to inspiration and information, and seeks to make sure that nobody is excluded from pursuing a career path.

Shannon: Explain Gladeo to me. How is the platform different from other career exploration tools out there?

Michelle: People are most inspired by those they relate to. Their stories, their struggles, their successes. If you come from a group that’s historically underrepresented, like women in STEM or Asian Americans in media, it can be paradigm-shifting to see someone like you doing something that you never thought possible.

Our platform helps career seekers who lack social capital break through barriers and navigate their early career journeys. We do this through video storytelling, positioned from the lens of diverse professionals. On Gladeo, young people can watch videos or access descriptive career profiles to learn what it takes to become an environmental engineer, video game developer, or chef, for example. Gladeo also connects users with real-world opportunities, notifying them of local networking events, industry panels, and relevant internship opportunities.

Shannon: It’s rare that you see a sibling-duo work as effectively as you do. In what ways does your sisterhood strengthen your partnership?

Michelle: Any co-founder will tell you that the most important thing is for co-founders to have a shared vision and value set. Having grown up in the same household, we developed complementary values like working hard, being humble, being grateful, and caring about social justice. These values serve us well when things get hard.

Grace: Since we were kids, Michelle and I have been each other’s biggest cheerleaders; we’ve always been more excited for each other’s successes than we were, I think, for our own. It makes working together easy and fulfilling. There’s no ego or jealousy about who gets the spotlight. It’s really a blessing.

Shannon: How does being siblings make it harder?

Michelle: At first, the toughest thing was separating the personal from the professional. Gladeo started as a volunteer project that we dreamed up in the living room we shared. When the organization started gaining traction, we realized that Gladeo needed more dedicated time and effort to scale. But we both had full-time jobs, so there was miscommunication about expectations. After honest conversations, we came up with healthy boundaries that got us on the same page moving forward.

Shannon: What keeps you motivated to put all of your energy into Gladeo?

Grace: The response we get from young people who’ve used Gladeo. They’re so excited when they discover their strengths and a career path that lights them up. It’s easy to be motivated to help millions of kids find that kind of hope.

Shannon: Can you tell us a story about how Gladeo has positively affected a person’s life?

Michelle: 17 year old Angelica watched a Gladeo video of Jeanette at a time when she’d never met a hispanic female engineer before. In the video, Jeanette shared the fear she felt being the first in her family to go to college – a fear that resonated with Angelica. Angelica felt like when people looked at her, a young hispanic female, they probably expected her to become a housewife. But seeing Jeanette talk about her career as an environmental engineer inspired Angelica to reach for something more. After watching the video, Angelica took the Gladeo Career Quiz and discovered her dream career in entertainment marketing. Today, Angelica is studying Marketing at UC Northridge.

Grace: One of the most amazing things we’ve seen is how Gladeo is being used by organizations and schools around the country to supplement the work they’re already doing. One of my favorite stories came from Lacoya Harris, CEO of I-impact, who works with incarcerated young people from the Cook County detention center. She shared that without Gladeo, helping youth at the juvenile detention center prepare for their future career lives would be extremely difficult, and that Gladeo has been the key to her success.

Shannon: The product you built could lend itself to a for-profit model, but you’ve chosen to pursue the nonprofit route. What made you decide to be a tech nonprofit?

Michelle: We started Gladeo with a mission to help young people and to combat social inequities. Contrary to the business models of similar for profit services, which monetize by selling student leads to predatory for-profit colleges, we knew that as a nonprofit, we’d never have to make a decision that would compromise our mission. We could still build an innovative, revenue-generating organization, but as a nonprofit, we could always put mission first, effectively reaching and serving those that need Gladeo most.

Shannon: What will the world look like when Gladeo is successful?

Grace: When Gladeo is successful, anyone from any background will confidently dream without limitations.