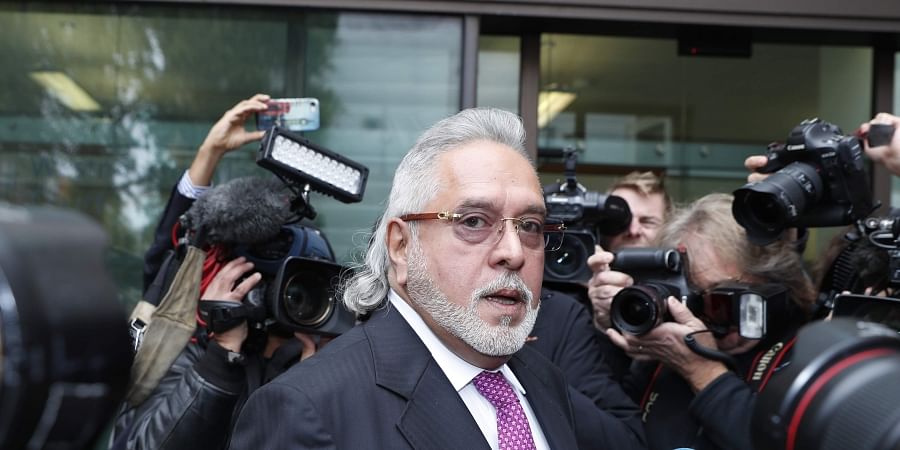 LONDON: Embattled liquor tycoon Vijay Mallya has settled a legal dispute with Swiss bank UBS to allow him time until April next year to pay off a mortgage loan for his central London home.

The bank had sought possession of the 63-year-old businessman’s plush Cornwall Terrace apartment over the non-payment of a 20.4-million pounds loan and a trial in the case was due last week.

However, according to a court consent order issued by Judge Simon Barker of the Chancery Division of the UK High Court on Monday, the trial has been vacated and the proceedings adjourned following a settlement.

“The Defendants [Mallya] should nonetheless be permitted to remain in occupation of the Property” in order to allow, if possible, the Loan and Mortgage to be redeemed, but that, if redemption has not taken place by 30 April 2020 the Claimant [UBS] shall be immediately entitled to possession,” reads Judge Barker’s order.

“The Defendants acknowledging and agreeing that the Claimant’s agreement to permit the Defendants to remain in occupation of the Property until 30 April 2020 is intended to provide the Defendants with a final opportunity to redeem the Loan,” it adds.

The prime property, which overlooks Regent’s Park in London, has been referred to as the “high class home for Dr Vijay Mallya and his family members and United Breweries Group corporate guests” during the court proceedings.

The case relates to a mortgage taken out by Rose Capital Ventures, one of Mallya’s companies, with the former Kingfisher Airlines boss, his mother Lalitha and son Sidhartha Mallya listed as co-defendants with right of occupancy of the property.

While Mallya’s legal team had claimed that the bank had called in the loan ahead of an agreed period, the bank had insisted that it is within its rights to call in the mortgage for non-payment.

The court order issued this week goes in favour of the bank’s stand as it acknowledges that UBS has an “immediate right to possession” and stipulates that unless the mortgage has been redeemed by April 30 next year, Mallya and the co-defendants must immediately hand over possession of the apartment by 4. 00 pm on that date.

They are not permitted to make any further applications to “postpone or suspend the date for giving up possession”.

Additionally, Mallya must also pay up the interest of 820,333.64 pounds accrued until April 2019 and then any further amount accrued until May 1 next year.

The court order also forbids any further claims arising out of the bankruptcy proceedings currently instituted in the UK against Mallya by a consortium of Indian banks led by State Bank of India (SBI).

Meanwhile, Mallya remains on bail as he appeals against his extradition order to India, a hearing for which is scheduled in the UK High Court on July 2.

The former Kingfisher Airlines boss is wanted in India to face charges of fraud and money laundering amounting to Rs 9,000 crores.

2019-05-15
Previous Post: Amazon is paying employees $10,000 and 3 months’ salary to quit and start their own business
Next Post: 7 Fastest-Growing Skills For Freelancers To Jumpstart A Career In Big Data & Analytics